The topic of foreign travel receives treatment by observing the position of the luminaries to the angles, both of them, but particularly the moon. For when the moon is setting or declining from the angles, she portends journeys abroad or changes of place. Mars too sometimes has a similar force, either when he is setting or when he himself also has declined from mid-heaven, when he is in opposition or quartile to the luminaries. If the Lot of Fortune also falls among the signe that cause travel, the subjects spend their whole lives abroad and will have all their personal relations and business there. If beneficent planets regard the aforesaid places or succeed them, their activities abroad will be honourable and profitable and their return quick and unimpeded; but if the maleficent planets regard them, their journeys will be laborious, injurious, and dangerous, and the return difficult, although in every case the mixture of influences is taken into consideration, determined by the dominance of the planets that bear an aspect to these same places, as we explained at first. 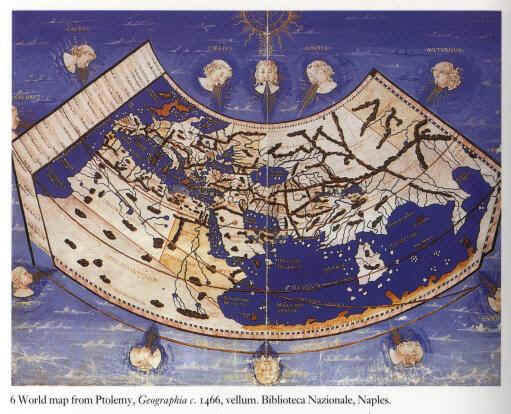 In general, it happens that, if the luminaries fall in the lower parts of the eastern quadrants, the travel is to the eastern and southern parts of the world, but if in the western quadrants or in the occident itself, to the north and the west; and if the zodiacal signs which caused the travel chance to be those of a single figure, either themselves or the planets that rule them, the journeys will be made at long intervals and upon occasion; but if they are bicorporeal signs, or of double form, they will travel continuously and for a very long time. If Jupiter and Venus are the rulers of the places which govern travel, and of the luminaries, they make the journeys not only safe but also pleasant; for the subjects will be sent on their way either by the chief men of the country or by the resources of their friends, and favourable conditions of weather and abundance of supplies will also aid them. Often, too, if Mercury is added to these, profit, gain, gifts, and honour result from this good fortune of which we have spoken.

If Saturn and Mars control the luminaries, however, and particularly if they are in opposition to each other, they will make the results useless and will involve the subject in great dangers, through unfortunate voyages and shipwreck if they are in watery signs, or again through hard going and desert places; and if they are in solid signs, through falling from heights and assaults of winds; in the solstitial and equinoctial signs, through lack of provisions and unhealthy conditions; in the signs of human form, through piracy, plots, and robberies; in the terrestrial signs, through the attacks of beasts, or earthquakes, and if Mercury is present at the same time, through the weather, dangerous accusations, and, furthermore, through the bites of reptiles and other poisonous creatures. The peculiar quality of the events, whether they be beneficial or harmful that is, the differentiation in the cause is observed from the government of the places significant of action, property, body, or dignity, according to our original disposition of them, and the occasions which will to the greatest degree bring about these portended events are judged from the time of the ingresses of the five planets. Such be our general account of the matter.